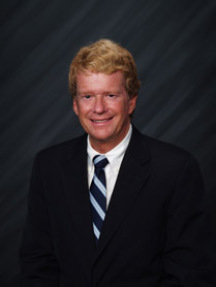 William Ward has practiced law in California for over 25 years. He is AV rated and is cited as a Preeminent Attorney in the United States by Martindale-Hubbell. He graduated from Thomas Jefferson School of Law with a JD. While attending law school, Mr. Ward was employed by a large general contractor, who had construction offices throughout the West.  Mr. Ward has been a speaker at a Stanford University construction seminar and has been a guest lecturer at the University of California, San Diego relating to civil litigation. Mr. Ward’s practice is primarily devoted to construction law, business and civil litigation.

Mr. Ward has tried a number of cases including bench and jury trials, Arbitrations, Mediations, and Administrative hearings. One of his jury verdicts was recognized by the San Diego Trial Lawyers Association (now Consumer Attorneys of San Diego). He was also nominated in 2009 by The San Diego Daily Transcript in the Real Property/Construction Litigation category as one of San Diego’s Top Attorneys becoming a Semi-Finalist (Top 25 Attorneys), in the County of San Diego. Mr. Ward has also been involved in high-profile cases which have been tried to a verdict, one over five weeks, which were reported in the national news. Mr. Ward has served as an Arbitrator for the American Arbitrators Association. Mr. Ward has been recognized in the 2013, 2014, 2015, 2016, 2017, 2018, 2019, and 2020 issues of San Diego Magazine as one of San Diego County's TOP LAWYERS in Construction Law. Most recently, Mr. Ward has been recognized by the Worldwide Registry in New York with a National Press Release as one of America’s Most Honored Professionals in the Legal Profession for the area of Construction Law. He has been recognized in a number of publications including Legal Leaders: Southern California's Top Rated Lawyers for Construction Law.  This publication covers current trends in the practice of law throughout Southern California. That publication was distributed with the Los Angeles Times in the newspapers November 24, 2013 issue, and digital editions are available for one year on LATimes.com, Law.com, and at TopRatedLawyers.com. Furthermore, it will appear in award winning publications such as Corporate Counsel, The American Lawyer and The National Law Journal.

Mr. Ward has published a Pocket Guide for Contractors, which takes contractors through the various steps of protecting their rights and securing payment for labor and materials furnished to a construction project, whether it be public or private. Mr. Ward also holds a teachers credential in Law for the San Diego Community College District.

William’s hobbies include travel, distance running, swimming, all sports including college football. He is also a music enthusiast.